Did You Know Every New Hybrid Has a Secret Price?

I thought I'd try your free services since I didn't want all the drama and stress of negotiating the price. It worked! It was so easy to save money and I love my new car! 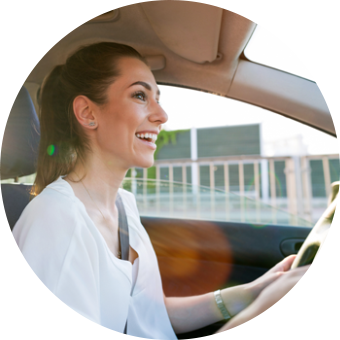 Over the past month, we helped 97,584 new car buyers find their perfect car!


What is a hybrid?

Technically speaking, a hybrid vehicle is any vehicle that uses two (or more) power sources to move the vehicle. But in modern terms, a "hybrid" refers to a hybrid electric vehicle, which combines a traditional gas engine with an electric motor that is powered by an onboard battery pack.

How do they work?

A hybrid vehicle uses its electric motor to assist the gasoline engine and, in some cases, to power the vehicle by itself. Modern cars have computers on board which control how much assistance is given, based on a combination of driver inputs, battery power levels, and other factors.

The batteries are recharged while driving using a process called regenerative braking, which captures the energy lost while the car slows and puts it back into the battery. Some hybrids with more powerful batteries can also be charged by plugging them in at home, similar to an electric car (more on this later).

Most hybrid vehicles are "parallel hybrids," in that they can use both the electric motor and gas engine to power the wheels at the same time.

What are the benefits?

By using the electric engine to either power the vehicle or help it start moving, it lessens the amount of strain placed on the gas engine, which improves fuel efficiency. Some hybrids employ the electric motor to help with performance as well; electric motors provide instant torque from a standstill, which can feel like a boost when pushing the car hard.

Some hybrids with more powerful batteries can also travel solely on electric power, acting as an electric vehicle and not using any gas at all.

What about a "plug-in hybrid?"

Plug-in hybrids feature more powerful batteries than standard hybrids, and they have enough capacity to drive the vehicle for a period of time solely on electric power. For example, the Toyota Prius Plug-In has larger batteries than a standard Prius and can travel up to 11 miles on battery power alone until the gas engine needs to be activated. The batteries are charged by plugging them into a wall socket or a quick-charging station (hence the name) in addition to the regenerative braking which takes place while driving.

Some plug-in hybrids also have gasoline engines that don't even help to power the vehicle, like the Chevrolet Volt for example. Its gas engine works as a generator, charging the battery when it gets low rather than helping to turn the wheels.